How could you resist those stunning blue eyes? They are rare, beautiful, and sometimes sought out for by new owners. But there's a few different causes and dangers you may need to be aware of.

The default eye color for dogs is brown. Genetics, pigmentation, and health issues can all play a roll in altering the color of their eyes. So we'll look at the most common reasons your pup has blue eyes.

Does your dog have white patches of fur on their body and face? A nose that is partly or entirely pink? This is actually due to cells unable to create pigment, and can result in bright blue eyes.

Carriers of the Merle Gene: 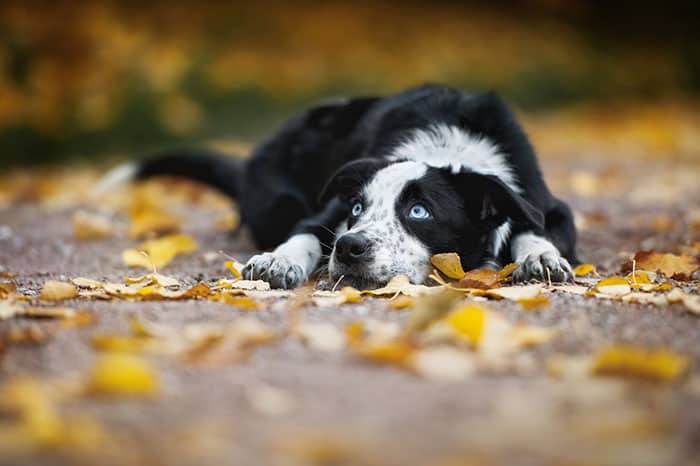 Adopting a merle carrier does not guarantee your dog will have blue eyes, and is still uncommon no matter what breed you adopt. Keep in mind all dogs are born with blue eyes and will begin to change to their permanent adult-color at 10 weeks old.

While blue eyes sounds like a desirable trait to reproduce, the Merle gene can have a dark side when breeding – which is known to cause a number of major health concerns .

When two Merle carriers are bred ​their litter then becomes known as “double merle” and are at a much greater risk of health issues. Sometimes being born deaf, blind, or both. Therefore, breeding two merle gene carriers is strictly forbidden and considered inhumane.

However, litters from a Marle carrier bred with a non-carrier do not exhibit any health issues. Owning and breeding a Merle carrier comes with the extra responsibility of careful mate selection.

Heterochromia literally translates to two different colored eyes. And this condition can occur in humans, horses, cats, and dogs. This can be caused by the Merle gene, loss of pigmentation, or just breed specific genes.

In some cases two different colored eyes can point to health issues such as cataracts or glaucoma. 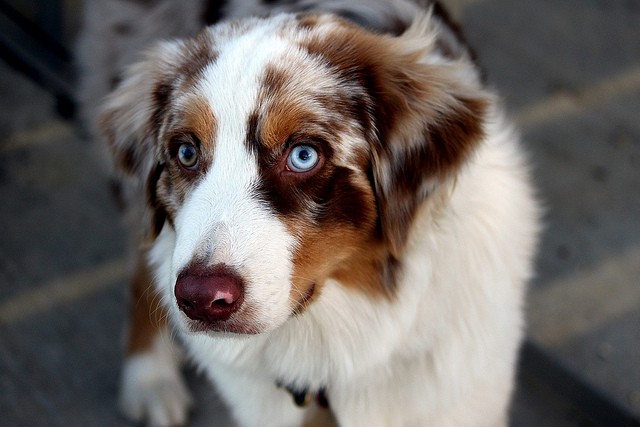 White patches of Fur on Face

​White patches of fur around the face can also create blue eyes. Their fur is unable to produce pigmentation around those areas, and the eyes, nose, and skin is also affected.

Basically, any breed that has dominant patches of white fur on their face has the potential to create blue eyes. 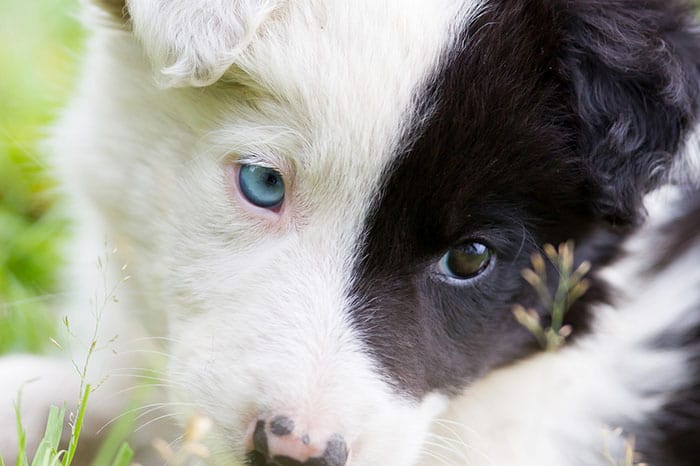 Some breeds have a different set of genes that create blue eyes, most commonly found in Siberian huskies or Bordor Collies. These dogs don’t suffer from the health conditions produced by the Merle Gene, nor do they show pigment loss on their hair or nose. 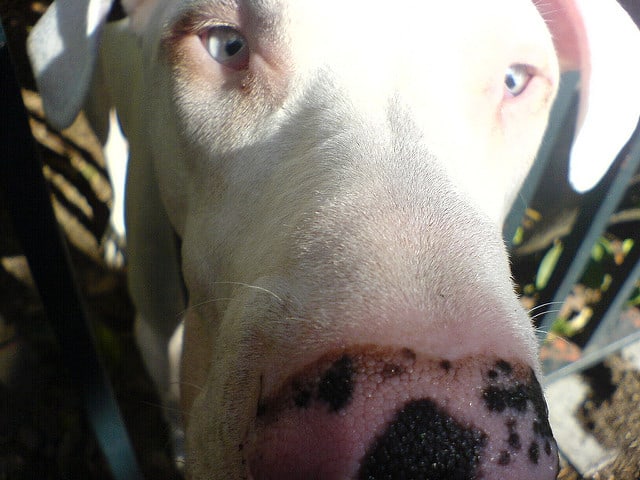 Although it's very rare, blue eyes have been known to show up in any breed, even if their immediate parents show no signs of carrying those characteristics. Most commonly this occurs in a mixed breed where a husky or shepherd was potentially bred into the line.

However, being a recessive gene, blue eyes can occur with literally any dog.

All young puppies are born with varying shades of blue eyes. Some appear to be a little more "green-blue" while others will have blue with spots of brown. Within about 10 - 12 weeks your puppies eyes will mature and begin to turn to their new permanent color.

Brown is the default eye color for mature dogs. However, some puppies will keep their blue eyes into adult-hood. Again, this can be due to the Merle gene, breed-specific or recessive genes, or just a loss in pigmentation in the iris. 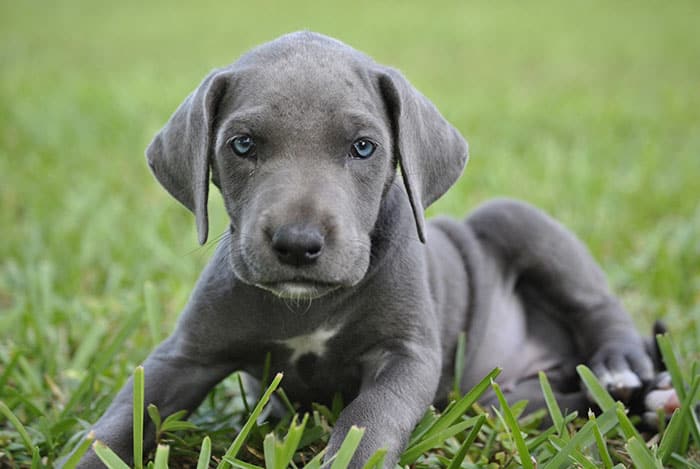 Blue eyes does not indicate that your dog will eventually go blind, deaf, or have any other genetic defects. Variation in pigmentation in the iris can occur for varying reasons, and doesn't necessarily point to health concerns.

However, if your dog is a Merle Carrier, and is bred with another carrier, their offspring (then called "Double-Merle") have a much higher chance of exhibiting dangerous health problems, such as blindness or deafness.

​​​​If your dog's eyes are suddenly turning blue or cloudy this can indicate your dog has contracted an eye disease such as Cataracts or Gl﻿aucoma. In this case you must seek out a Veterinarian, some conditions can cause irreversible blindness. 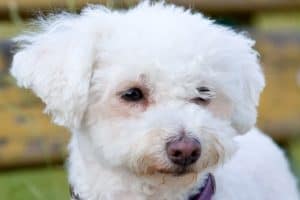 The Truth about Tear Stains, and How to Get Rid of Them

Taurine for Dogs – The Dangers of Grain-Free

19 thoughts on “Dogs with Blue Eyes – The Causes and Dangers” 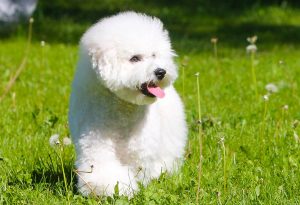 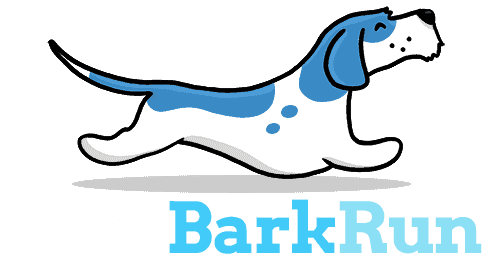